A strong laser pulse can liberate an electron from an atom by tunnel ionization. We investigate this process in the nonadiabatic regime. In this regime, the temporal evolution of the laser electric field influences the momentum distribution of the electron at the exit of the tunnel. We show how to experimentally control the degree of nonadiabaticity using two-color counter- and corotating fields. The corresponding combined electric field and the resulting electron momentum distributions are shown in Fig. 1. The difference in nonadiabaticity manifests itself as a shift in radial momentum in Fig. 2. This observation is in good agreement with computations using SFA (strong field approximation). The insights gained from SFA help to understand a recent experimental finding using a single color field. For a single-color circularly polarized field at 780 nm we show that the radius of the experimentally observed donutlike distribution increases for increasing momentum in the light propagation direction (see Fig. 3). Finally, an explanation is found that links the measured nonadiabatic offset to the magnetic quantum number of virtually populated intermediate states. 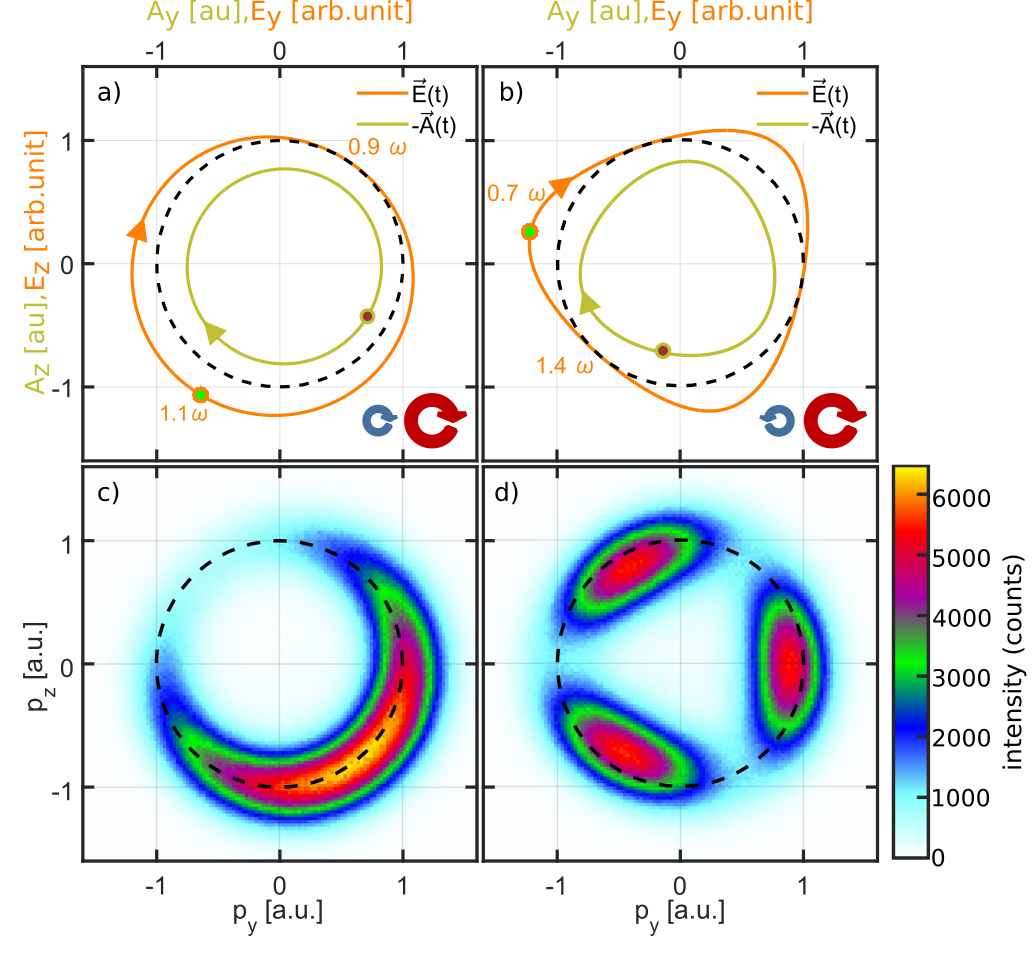 Figure 1 | Two-color field composed of a strong circularly polarized fundamental (780 nm) and a weaker circularly polarized second harmonic field (390 nm). The two colors are co- (a) and (c) or counterrotating (b) and (d). The angular velocity of the laser electric field can be manipulated in an elegant way switching from the counter- to the co-rotating scenario.

Figure 2 | The radial momentum pr=(py2+pz2)0.5 for the co- and the counterrotating two-color field are shown for a subset in which all electrons have equal vector potentials. The observed differences stem from nonadiabatic offsets of the electrons initial momentum distribution at the exit of the tunnel. 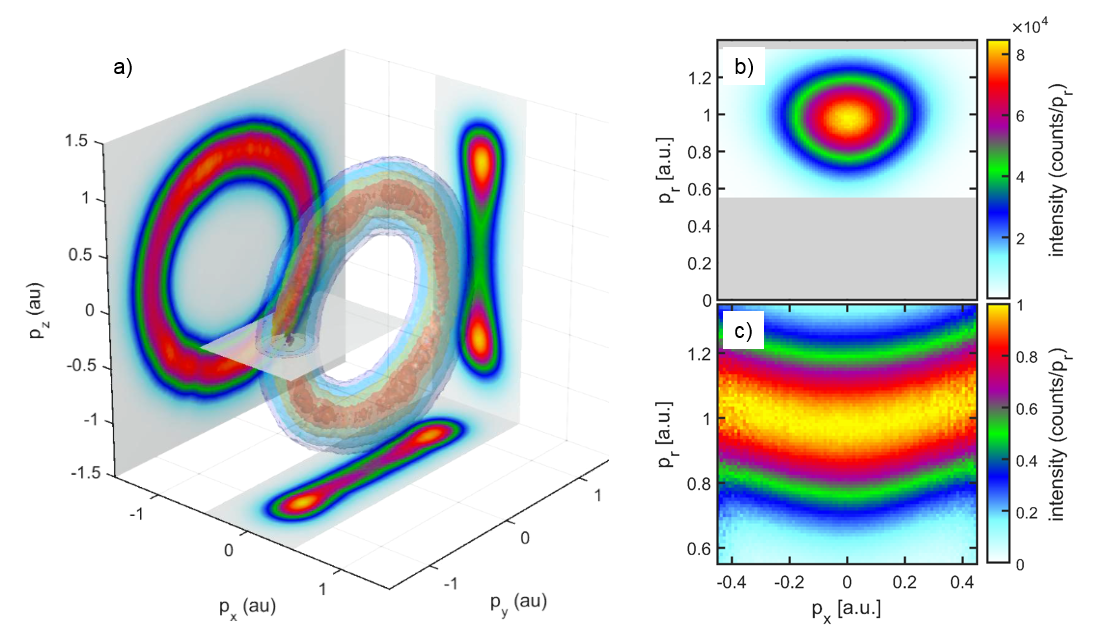 Figure 3 | (a) shows the three dimensional electron momentum distribution for the single ionization of argon by a single-color circularly polarized femtosecond laser pulse at 780 nm. (b) shows the same data as (a) after the angle in the polarization plane has been projected out and using pr=(py2+pz2)0.5. (c) shows the distribution from (b) after normalization of every cut in p_x individually. An increase in prwith |px| is observed which cannot be explained neglecting nonadiabatic offsets of the initial momentum distribution of the electron at the tunnel exit.